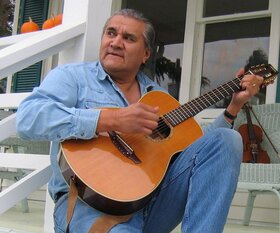 Fri. July 31st 2020 5:00pm - 6:00pm (All Ages)
Livestream Free
Presented by: Home Routes/Chemin Chez Nous
Join Vancouver Island-based Ed Peekeekoot for a show to remember. Ed's performances go from blazing guitar work to foot stomping fiddle and haunting Native flute -- all sprinkled with his Cree humour and philosophy. He takes people on a wildly varied musical journey from country folk to a touch of classical and jazz.
About Ed Peekeekoot: Ed Peekeekoot is a Vancouver Island based genre-defying stealth solo instrumentalist, singer songwriter, and storyteller who humbly steps up to the mic and proceeds to give audiences a show to remember.
Ed Peekeekoot grew up in a musical family on the Ahtahkakoop Cree First Nation in Saskatchewan. His mother played rhythm in a dance band and would tuck him to sleep behind her on the stage. When Ed was four, his mom put a beat-up old guitar into an open tuning and gave him a butter knife to use as a slide. Since playing fiddle was almost mandatory on his reserve, he picked that up too. As a kid, Ed would walk down to his aunt’s place with his grandpa every Monday night to listen to “Don Messer’s Jubilee” on her battery-powered radio. That all paled the day Ed first heard Chet Atkins on the airwaves playing “Country Gentleman”. Learning to pick like Chet became Ed’s grail. For the better part of five decades, Ed has been a respected solo musician in western Canada and the US. More interested in picking than self-promotion, he is kind of a best kept secret for the people who follow him. Ed has recorded five CDs: “Front Porch”, an acoustic guitar collection of traditional tunes (you can definitely hear Chet); “in the key of Cree”, originals with a First Nations theme that was nominated for an Aboriginal Music People’s Choice award; “Dance Tonight”, audience favourites, originals and covers; “A Prairie Christmas” standards and originals; and “Ahtayohkan”, originals on Native flute and cello. It’s hard to put a lifetime of music into 250 words. Maybe 6 will do: This humble guy is worth listening to. 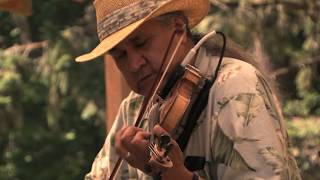 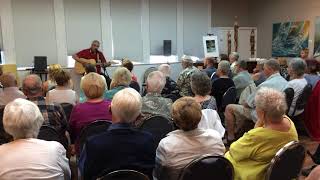 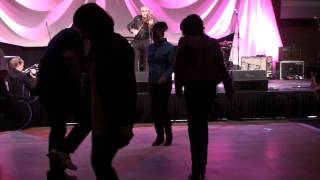 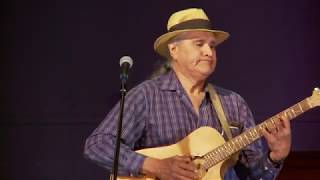 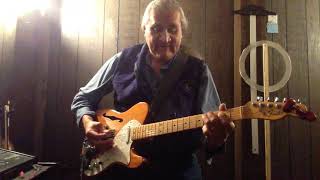